Vote on the WRONG ALIBI cover!

No! Don’t leave! It’ll be fun, I promise, and so much better than reading another scary article about the coronavirus or monster murder hornets. Right?

First, you might decide on the art by the book description:

WRONG JOB
Eighteen year old Evelyn Jones lands a job in small town Alaska, working for Donald White in his isolated mountain home. But her bright hopes for the future are shattered when he disappears, leaving her to face charges of theft, embezzlement — and a brutal double murder. Convicted, she faces life in prison.

WRONG NAME
Her escape leaves her scarred and in hiding, isolated from her family, working under an alias at a wilderness camp. Bent on justice, intent on recovering her life, she searches for the killer who slaughters without remorse.

WRONG ALIBI
At last, the day comes. Donald White has returned. Evelyn emerges from hiding. The fugitive becomes the hunter. But in her mind, she hears the whisper of other forces. Can Evelyn untangle the threads of evidence before she’s once again found with blood on her hands…the blood of her own family?

As soon as the title was decided on (the first time), I asked Assistant Judie to mock up a cover for my website, which she did, and I posted it on Oct. 7. Let’s give Judie a hand! 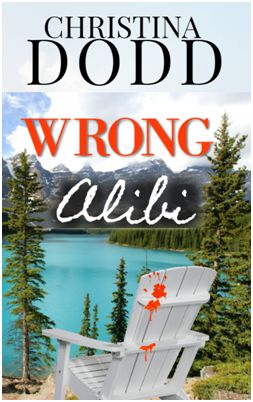 On October 25, I received the first publisher cover concept. I liked it! It seemed scary and evocative. I expected to see a revised cover…

How can I show you the covers while making it fun and entertaining for you? Let’s try this:
— The three covers are up on a survey.
— Look them over and vote on your favorite.
— Click for results and you’ll see the popular winner.
— Click again and you’ll see the cover my publisher chose for the book! 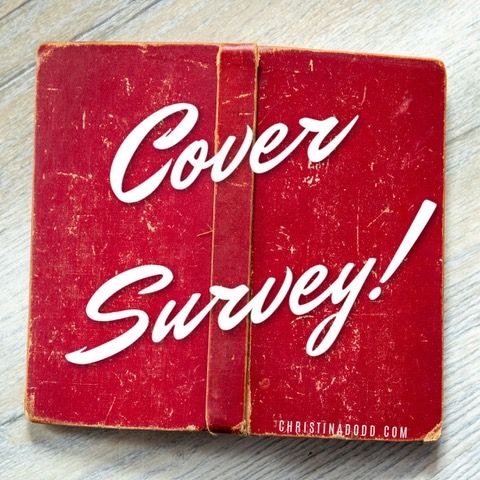 I’m excited to see which cover wins the popular vote and what you have to say about the final WRONG ALIBI cover. Book covers are so important to sell to a new audience, but more important, I know you want the cover to feel right for the story.

I’ll send a follow-up letter with some of your more fun, enlightening comments.

One last very cool thing: DEAD GIRL RUNNING, book 1 of the Cape Charade series, is on e-sale for $1.99 for Kindle and Nook, and for $3.99 for Kobo, Apple Books, and GooglePlay. As a bonus, DEAD GIRL RUNNING includes the series introductory short story, HARD TO KILL. Yes, the short story is in the paperback, too!

As you continue in isolation or perhaps make your way slowly and carefully into a changed world, may you find health, happiness, and employment, and I hope books give you constant companionship, knowledge and comfort.

New York Times bestselling author who reminds you to:

Vote on the cover survey

Get your sale copy of DEAD GIRL RUNNING!

Be safe — my readers are precious to me!

“My wife Mary and I have been married for forty-seven years and not once have we had an argument serious enough to consider divorce; murder, yes, but divorce, never.” —Jack Benny (I thought this might speak to those of us who are…ahem, those of you who are in isolation with a significant other.