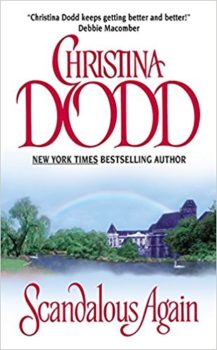 Two exquisite cousins must exchange identities in a scandalous deception.

On a mission to salvage her family fortune, she changes places with her cousin and companion, sending the meeker Eleanor to confront the man who had won Madeline’s hand. Now, Madeline is free to enter the home of a notorious gambler, and pretends to be meek, humble, and competent with an iron. She is, of course, none of those things; she simply is resolved to win her family’s fortune back. Just when she thinks matters can’t get worse, she meets Gabriel Ansell, the earl of Campion, and they do. Horribly worse.