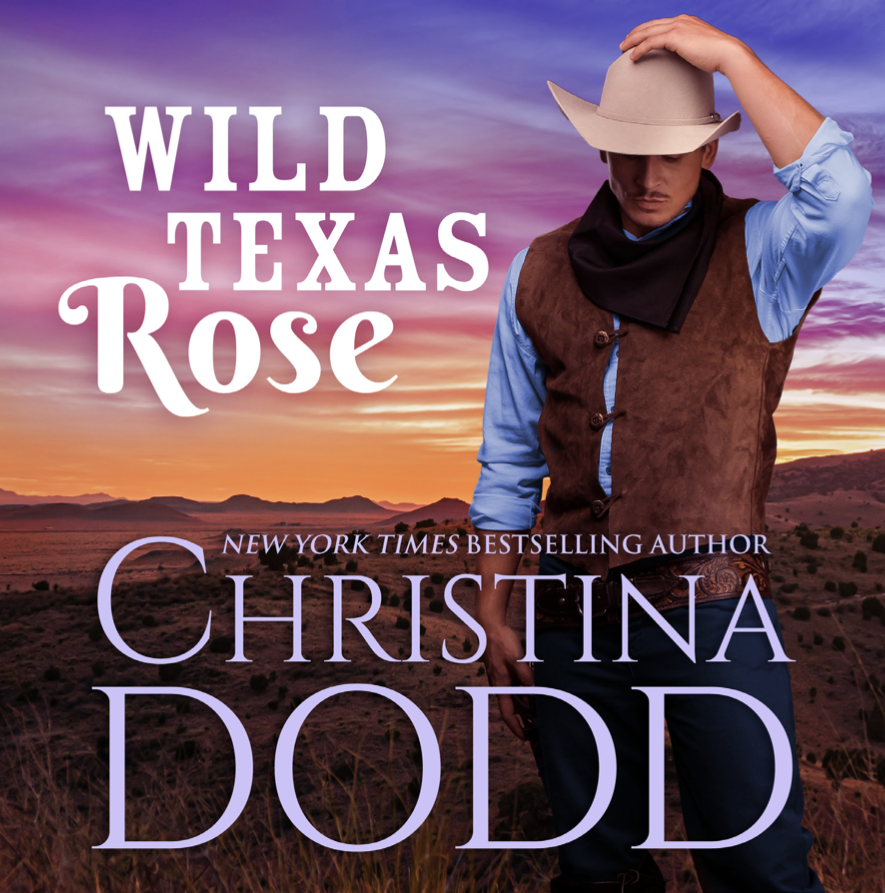 Now orphaned and alone, Rose raises the finest horses in Presidio County, Texas. Someone is stealing those horses, and Thorn Maxwell’s return arouses her suspicions … and her long-simmering passions. Rose might be able to stop Thorn from stealing her horses, but can she keep him from stealing her heart?

Jumping Jehoshaphat, Rose was nude! Not a stitch on! Bare-beamed and buck-naked! In the open, in full daylight, without a shred of self-consciousness or guilt.

Was that a rifle she was holding?

She had her Winchester, and her hands were mighty steady. And she'd called him a bastard — the first curse word he'd ever heard her use. Deep in his gut, he had the ugly suspicion she would, without remorse, shoot him through the heart.

But she was naked! Nothing on but skin and hair!

And she was magnificent. The sun shone full on her flesh, lighting every curve, every muscle, every part that had never seen the sun before. It shone on the hair of her head, creating a glossy halo.

God, how he loved her.

Unfortunately, that same sunshine shone on the carbine — on the black, well-greased barrel, on the warm brown stock, on the cold, empty mouth that would spit death at him.

Too bad he didn't have the brains to be scared, but all his sense seemed lodged in his pants.

She spoke, and he almost couldn't hear her for the pounding of his heart.

"Get away from the horse," she commanded. "I wouldn't want him hurt if the bullet goes all the way through your nonexistent heart."

"Now, Rose." Thorn tried to free his boot from the stirrup, and found his coordination had disappeared with his eloquence. Maybe it was the fact he couldn't take his gaze off of her. "Now, honey . . ."

She gestured with the barrel. "Get away from the horse."

"Yes, ma'am." With a series of hops, Thorn managed to extricate himself, although he behaved so oddly even his stallion turned his head and watched him in amazement. "But before you kill me, I think there's something you should know."

To purchase WILD TEXAS ROSE, click the buy button on the upper left. Then enjoy!