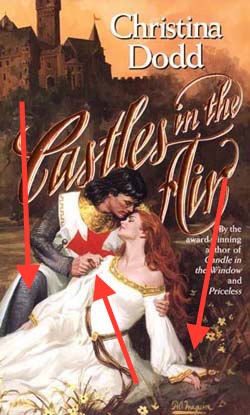 ON THE OTHER HAND …

Every writer faces a moment in her career when she realizes that a good part of success has nothing to do with writing skill or career planning, and everything to do with pure, dumb luck. For me, that moment arrived at a conference in St. Louis in 1993 when a colleague came to me and asked, “Did you know the heroine on the cover of your newest release has three arms?”

That’s not a question one hears everyday. I’d had a 12×18 of the cover on my desk for months, and I hadn’t noticed anything except that my name was spelled correctly. But my colleague seemed so sure and, worse, so amused, that I rushed to the conference bookstore and checked the cover.

Yes. It was true. The dashing warrior held the swooning maiden’s hand, she leaned on another hand, and the one tucked into her skirts seemed so unnecessary, so superfluous … so much like a great big bonus to my career I could scarcely believe I was that lucky.

What do you do when your cover artist has a bad day, forgets to erase that extra hand, and no one in the art department spots the mistake before your book goes to press?

You use it. Ruthlessly.

Mind you, I didn’t immediately realize what a boon I’d received. I tottered over to my editor and told her the good news. She had that cross between deer caught in the headlights and shrieking amusement expression. 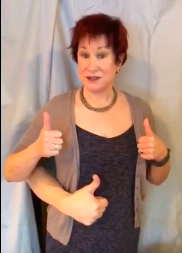 It rapidly became clear that the news about my cover had flown through the conference. Everyone knew … and if they didn’t, I found myself telling them. “Hi,” I’d say, “I’m Christina Dodd. I write novels, thus fulfilling a lifelong dream and making my mother proud.”

“My cover features a three-armed woman.”

From that point forward, I became The Author of the Three-Armed Woman Book. Never mind that I’d had nothing to do with the art; I embraced that three-armed woman (ha!) as my own. I made a video “mulling” what costume to wear to Emerald City Comic Con starring my third arm. (Yes, that is The Husband’s hand. No, he wasn’t feeling me up. Yes, the video has the most views of any video I’ve ever posted on Facebook, or anywhere else, for that matter.) I gave speeches to business and leisure groups, and the high point was always The Showing of the Arms. At any booksigning, I requested that the bookseller order CASTLES IN THE AIR and I used it to open conversations and sell books — to everyone. I listened to all the witticisms, and I laughed dutifully. “Does he have another woman hiding under there?” “I bet she’s great in bed!” And, of course, the big question, “How could this have happened?” 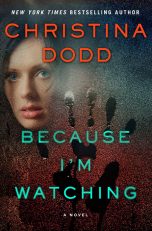 Considering the number of genre titles that are published every year, it’s not that amazing that my three-armed woman made it to publication. What’s amazing is that more covers don’t feature appalling mistakes inside and out.

All good things must come to an end, and one day a bookseller told me CASTLES IN THE AIR was gone. I’d sold out the whole print run, one book at a time. First editions are hard to find, but CASTLES IN THE AIR is still in print — with a different cover — and the first line happens to be, “She had all her teeth.” Total serendipity, I promise you. I wrote the novel long before the art department created the cover. 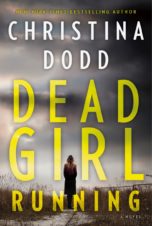 I still have people who come to my autographings with a prized first three-armed edition. (I ended up with only four copies—where’s the justice in that?) I’ve seen the book packaged in shrink-wrap at a used book store and go for amazing prices on Ebay. The infamous CASTLES IN THE AIR cover will live forever on my website. Please note that my Virtue Falls thriller, BECAUSE I’M WATCHING, features a hand print … but no hand. And on my Cape Charade thriller, DEAD GIRL RUNNING…she’s not running or dead.

Here’s my “Books by Series.”
Join my mailing list for book sales, humorous glimpses of the writing life, and a free short story, THE WATCHER. 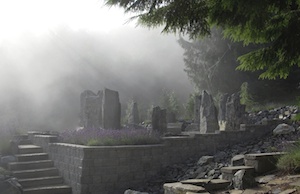 Watch the CASTLES IN THE AIR cover mistake video.

Take a video tour of my office, listen to the bees humming as they work the lavender in the stone circle, watch as I ride the zipline.

Read about the stone circle!