I’m here to kick ass and take names…and I broke my pencil.—Motto of all ass-kicking heroines 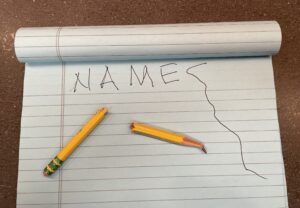 Women love an ass-kicking heroine. Our favorite heroine faces off with vicious villains, brings justice to the oppressed, and on the side deals with the difficult life situations like pre-pubescent daughters and overflowing toilets. She’s you and me…on a good day.

But what separates an ass-kicking heroine from, say, us? What makes her willing to face starvation and torture, handle the horrors of battle, possibly die doing the right thing, and figure out how to thaw the turkey in time for the family’s holiday dinner?

Traditionally, ass-kicking heroines didn’t really kick ass. In Frank Baum’s Wizard of Oz, little girl Dorothy is swept away to a strange land where she faces all challenges with Kansas good sense and is eventually rewarded with her return home. (The movie resulted in the best review ever, “Transported to a surreal landscape, a young girl kills the first person she meets and then teams up with three strangers to kill again.”) Even as a kid, reading the book and watching the movie, I couldn’t figure out why she wouldn’t rather transport her aunt and uncle to Oz, but in twentieth century literature and movies the place for females was in the home, and heaven help the women who fantasized otherwise.

In a more contemporary story, Kristin Hannah created Isabelle and Vianne for mega-bestseller The Nightingale, a brilliant novel chronicling the World War II French resistance and two sisters who do what they must and more to defeat the Nazis and end the war.

Mercy Thompson of Patricia Briggs’s series is the epitome of a woman whose circumstances of birth isolate her from the rest of humanity. Born of a liaison of her mother with a Blackfeet Indian shapeshifter, Mercy shifts between human and coyote, and when the series opens (Moon Called,) she’s tough, funny, angry and smart, a woman with a past and a car mechanic who owns her own garage. Mercy finds herself (or places herself) in the middle of trouble, and is pivotal in dispensing justice in a world that’s discovering there are magical beings inhabiting their planet. Confession: this is my favorite ongoing series.

A difficult childhood arguably creates more ass-kickers than any other adversity. In J.D. Robb’s dark and enduring In Death series, Eve Dallas rose from a childhood forever destroyed by a sexually abusive father. She rescues herself in a way that marks her forever and makes her determined to help the unfortunate and pursue the criminals without counting the price to herself.

Many years ago, I went to a writers’ meeting and the speakers were two public defense lawyers who 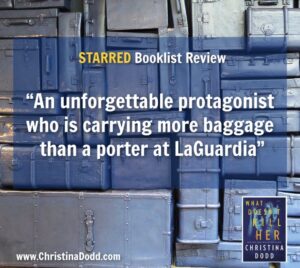 worked with abused women. The stories they told haunted me, and made me understand how an abusive spouse can mentally destroy a mate, making them incapable to removing themselves from the horrors of their situation. Abuse is brainwashing at its most insidious, for its victims consider themselves deserving of punishment.

Ever since that meeting, I’ve wanted to write the story of a woman who escapes her abusive husband and, though still pursued by the specters of her past, becomes a woman of strength and courage. The Cape Charade series, (DEAD GIRL RUNNING, WHAT DOESN’T KILL HER, and STRANGERS SHE KNOWS) was the result. Kellen Adams arrives on the page with three confessions.

Kellen is an abused woman who survived her husband’s murder/suicide intentions, saw her cousin killed in her place, endured homelessness and a gunshot to the head, and finally became a warrior in the U.S. military. As the series unfolds, we discover some of Kellan’s secrets — but with a year of her life missing from her mind, what will she discover?

Why are kick-ass heroines so enduring? 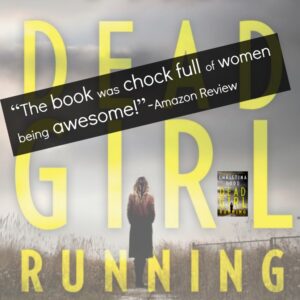 They are the lesson-teachers. By whatever means their bravery is earned, this heroine has walked through hell, and if the time comes when she falls down in despair, she stands up again and keeps walking.

We all have difficulties, and when we hear stories about a person who experiences abuse, deprivation,
and prejudice, endures and lives to fight and conquer the challenges. Too many injustices go unpunished, and we like to think that when the next big wrong looms on the horizon, we’ll stand up, emulate our favorite kick-ass heroine, and do the right thing.

The Cape Charade series got three starred reviews for its three full-length thrillers. To read more about Kellen Adams and her journey, join Christina’s mailing list (yes, she’s the proud author of the infamous three-armed cover). 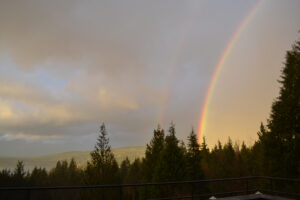