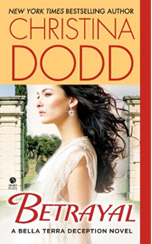 You can order BETRAYAL: Bella Terra #3, at these online retailers: 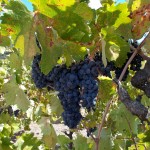 At nineteen, Noah Di Luca was Bella Terra’s golden boy, handsome, confident, and untouched by the shadows that tormented his brothers…or so everyone believed. Driven by ambition, beautiful teenage Penelope Alonso fought her way out of the ghettos. During one hot summer, they came together in the sweetness of first love…until his past reared its ugly head and Noah walked away from her without a word.

Nine years later, Penelope returns, never imagining she’d see Noah or that one glance would wake their fiery passion.But even as she fights the impulse to love him again, their secrets betray them. As peril builds around them, Penelope has one choice: to survive, she must once again trust the man who betrayed her. Even with terror stalking through Bella Terra’s streets, love may be the most dangerous choice of all.