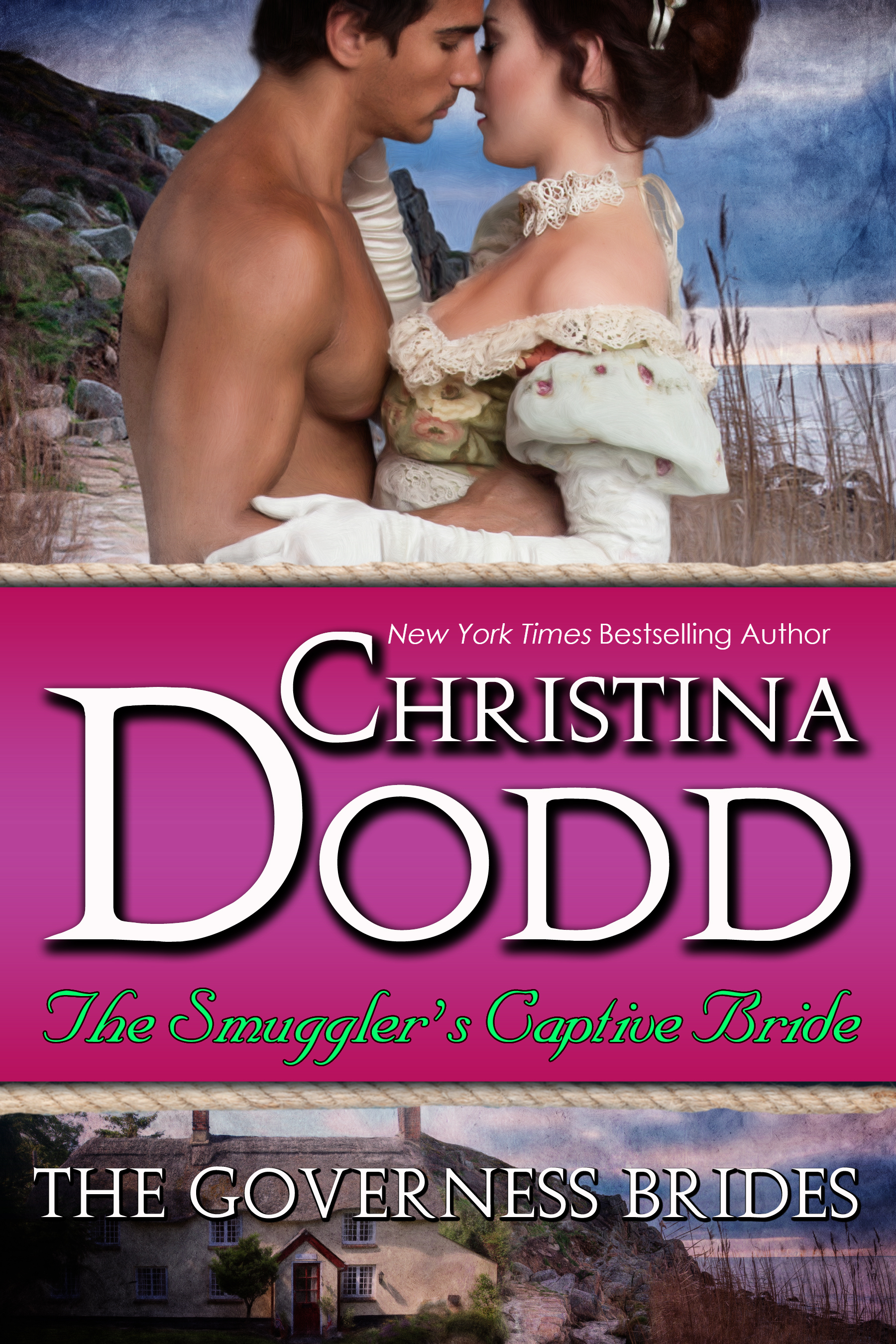 You can order THE SMUGGLER’S CAPTIVE BRIDE, at these online retailers:

Miss Laura Haver is a spinster, a seamstress … and a woman bent on revenge. For her brother was killed while seeking the identity of a notorious French smuggler, and she suspects the villain’s true identity is none other than the wealthy and commanding Keefe Leighton, Earl of Hamilton.

How to capture such a rogue? By arriving at his estate and claiming to be his bride, of course. But her plans go awry when Hamilton discovers her ruse…and does everything in his seductive power to make her bride in the truth!

Read THE SMUGGLER’S CAPTURED BRIDE now on your Kindle, Nook, Kobo and iTunes!

THE LADY AND THE TIGER was originally printed in an anthology called ONE NIGHT WITH A ROGUE, then in MY SCANDALOUS BRIDE. It’s now in ebook as THE SMUGGLER'S CAPTIVE BRIDE, a fabulous historical tale of smugglers, fake identities, true love … and a little bondage. ☺ Enjoy!

Over and over, through the long, lonely nights since her brother’s death, Laura had dreamed about Hamilton chasing her. She’d seen his face on every dark-haired man who walked the London streets, in the men who had traveled with her in the coach as she made her way to Kent — and justice.

She didn’t like this obsession she had formed about the man, but something about Hamilton convinced her she should flee and never stop, because if she didn’t…

Well. She couldn’t flee. She had her duty to her brother.

And it wasn’t as if she didn’t know why she dreamed about Hamilton, or why when he watched her, she worried for her virtue. Not because she feared he would force himself on her. No, indeed. It was not that easy.

She feared she would fling herself at him.

It hadn’t always been thus.

When Ronald was alive, he had spoken of Hamilton in dazzling terms. As Hamilton's personal secretary, Ronald proclaimed often that he had had learned much from his lordship about wealth, responsibility and personal honor.

Yet Laura had never had occasion to meet Hamilton … until Ronald was killed.

The grief. The anguish. The desperate days of mourning her only sibling and last living relative.

At last she’d put those emotions aside and made an appointment to meet Hamilton, confident he would help her discover Ronald's killer and give her a measure of consolation. Only to discover Ronald had failed to report, or possibly even to notice, that Hamilton was … physically spectacular.

Gray blue eyes, the color of the sea on a calm day. A wide, firm, placid mouth. A deep voice, tranquil, thoughtful, measured.

Yet when his eyes rested on her, they grew intensely, vibrantly blue, almost angry in their ferocity, and his mouth was no longer placid, but carnal, beckoning. When his voice spoke her name, his voice grew low, warm, seductive.

As for his body … he was tall, broad-shouldered, dressed always in absolutely the proper clothing for a gentleman and lord of his station.

Yet he seemed intent on using his body to bully her. When she sat, he stood over her. When she stood, he loomed. He seemed to have a propensity for looming, and she found it irritating in that the tactic seemed to work so well. While he was standing and looming and being imposing, she found herself wanting to do as he told her, and go home and remain like a genteel lady, and when the proper time arrived the smugglers would be brought to justice.

Hamilton was patronizing her.

And she might nothing but a poor, plain gentlewoman who earned her living as a seamstress, but she couldn’t bear to be patronized, especially not by Hamilton.

So she clenched her teeth and faced up to him, ignoring the breadth of his shoulders, the sculptured perfection of his features, and her own untutored desire to hurl herself into his arms and let him care for her.

From the very beginning some instinct told her that his placid exterior hid something deep, potent and deceptive. That was the key word about Hamilton … deceptive. She would do well to remember it in all future dealings with him.