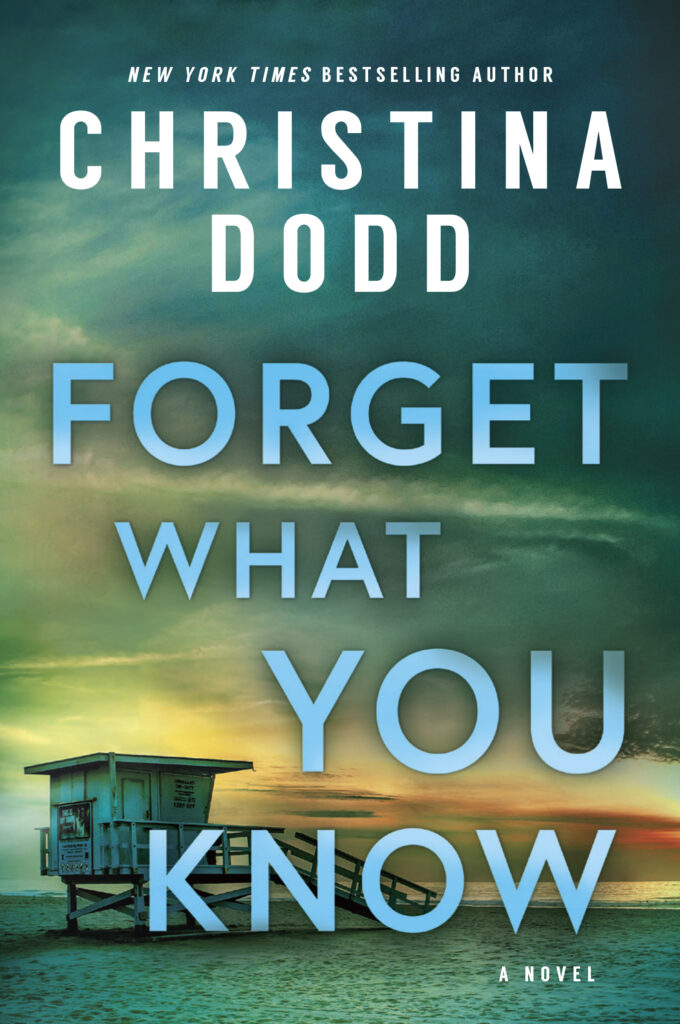 Forget What You Know

A submerged car is pulled from the bottom of the lake.  The driver has been shot in the back of the head and no other bodies are found.  Only the legendary Dragon’s Heart remains inside.  When it rises to the surface, greedy collectors from around the world gather. They’ll stop at nothing to gain possession of the priceless artifact. Only one person stands in their way…

Zoey Phoenix remembers nothing about her early childhood; her mother’s desire to leave those years behind never worried her…until she’s almost killed in a hit and run and, days later, her mother disappears. Now Zoey fears her family secrets won’t stay buried long.  She has no idea who almost killed her or why, but she’s determined to unravel the dangerous truths of her past—before they claim her future.

Forget what you know…yet the past remembers.

“I want the flowers for my granddaughter’s wedding. She’s in college, he’s in college, they’ve got a baby on the way, they don’t have any money and tulips are her favorite.” The elderly woman, bent and frail, looked tearfully at the colorful swathe of drooping petals.

Zoey Phoenix overheard a wisp of the conversation and stopped behind a cart of hydrangeas.

“They’ll be okay this afternoon,” the flower vendor said.

Zoey sneaked a glance at the tulips and winced. No, they won’t. Although she acquitted him of lying for profit. Mostly he looked horrified about the onset of an old lady in tears.

“But the wedding’s tomorrow morning!” the woman wailed.

The vendor’s tag gave his name as Angel of Sunnyvale Nursery, and he couldn’t stand to lie that much. “Sorry, lady. No way will they last that long.”

The bent woman looked around the vast floor of the famed San Francisco Flower Mart, 125,000 square feet of warehouse floor space, a profusion of color, a cacophony of sound, all overlaid by the rich, earthy scent of growing things. Roses (of course), poppies, chrysanthemums, lilies, lavender, lilacs. Eucalyptus, dusty miller, echeveria succulent, myrtle, sword fern. When arrivals came from all over the world, every flower was in season. Every flower except, today, tulips.

Angel observed the elderly woman’s wistful sweep of the floor and said bluntly, “You’re not going to find tulips anywhere else, either. First shipment of the year came in today from Washington. Tractor trailer’s air-conditioning failed, and this heat took `em down. Today we got a disaster on our hands. Tomorrow we’ll be good.”

The woman shook her head while tears leaked from her eyes. “I promised!”

What else could Zoey do? She stepped over to the cart, took a double fistful of tulips lying limp in a box and plunked them into an empty container. “They’ll be fine if we get them in water.” As she pulled her hand away, she ran her palms over the petals, then reached for another double handful of tulips and did the same thing.

“Hey, you, I’ve been in the business a long time.” Angel was irritated and insulted. “I don’t know if this bit of science is over your head, but putting dead flowers into tepid water never revives them.”

“But…look at the blossoms,” the woman said. “They do look better.”

He looked, did a double take, rubbed his eyes and watched Zoey put another bunch of tulips into one of his containers. “What’s in that water?” he muttered.