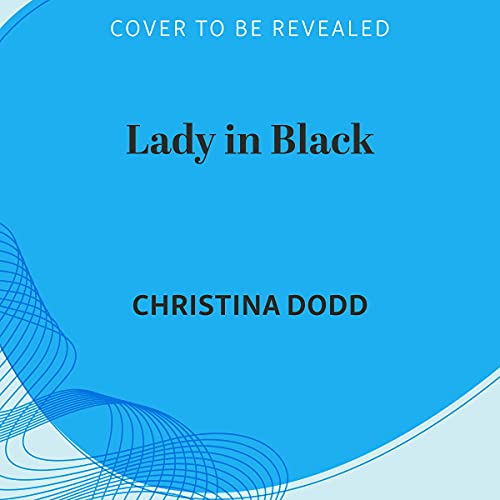 Margaret Guarneri had found sanctuary managing the home of a rich, elderly man … until the day he received a threat of kidnapping. Enter Reid Donovan, dynamic, wealthy in his own right, and suspicious of the gorgeous young widow who so diligently cares for his grandfather.

Distrust, extortion, and the shadows of the past drive Reid and Margaret apart. Wild, uninhibited passion brings them together. They must learn to trust each other before they can vanquish a killer…and in the process, they discover a passion more powerful than anything either of them could imagine. But has love come too late for the handsome billionaire and his lady in black?

LADY IN BLACK is a romantic suspense set in Houston Texas and features Reid Donovan, one of the wealthiest and most powerful man in a city of powerful men. Facing off against him is a woman of impeccable reputation and propriety, his grandfather’s butler, Margaret Guarneri. In eBook and in paperback! Read the excerpt, enjoy, and buy!

Reid's hands grasped her waist and with one easy motion lifted her onto the bathroom counter.

He flinched — he was a guy, flinching was required — and moved to one side. He leaned one hip against the counter. "I just want to kiss you, darlin'. Would you incapacitate me for one little kiss?"

"Why shouldn't I?" If this was a hostile merger, then hostility was her due.

"No …" No, of course it wouldn't, and she had things to prove to him. If he wanted to kiss her, she'd let him. She'd provide proof of her own indifference to him. And prove to herself he wasn't the spectacular lover her unruly body expected.

He leaned forward, slowly and carefully, giving her time to withdraw if she wished. He stroked his closed lips on her closed lips, a dry kiss of mutual exploration.

"Okay. You've had your kiss." She tried to slide off the counter.

He held her in place. "You call that a kiss?"

"What would you call it?"

"A preliminary.” He did look surprisingly unmoved.

She could remain unmoved, and sound indifferent, too. And she did, when she said, "I suppose."

Making a yummy sound, half growl, half moan, he slid his fingers up the length of her leg to her knee. His other hand reached out and flexed around her other knee. "You're so sweet." He spoke fervently and stepped between her legs, catching her by surprise.

By surprise! She had been out of the game for far, far too long.

Come to think of it, she’d never been that good at the game in the first place.

He pulled her close against him.

Her skirt rode up. The tile was cool and smooth beneath her thighs, contrasting with the heat of Reid close between her legs. She looked down at them, where they were joined but for the insignificant pieces of clothing, then up at him.

His sherry eyes gleamed fire and pleasure … and challenge.

But her brain functioned at a subnormal level, clogged by the riotous tide of hormones. She felt dependent, vulnerable, and she shivered as one hand slid under her skirt and all the way up to her hips.

He wrapped his big hand around the nape of her neck. “I’ve waited for you forever — and I didn't even know what I was waiting for." With his thumb, he lifted her chin. His lips sipped at her mouth like a connoisseur tasting a well-loved wine.

She opened her lips, wanting a taste of him, forbidden though it might be.

He encouraged her, subtly coaxing until her tongue was in his mouth and she was on the offensive. Her hands tugged at his hair. Her arms pulled him into her chest.

He was warm and muscular. He smelled … good, like soap and water and sizzling hot sex. He was everything she had unwillingly imagined, and she moved against him as if he was a familiar and cherished lover.

He held her tightly, and groaned as if luxuriating in her aggression.

The sounds of his pleasure woke her from her exploration.

How did he so cunningly make her want what he wanted? How did he shut off the well-primed defenses that had historically kept her from disaster?

He tilted her, arching her back over his arm and taking command of the kiss.

In one easy movement, he rendered her off balance in body and spirit, and her squirming accomplished nothing but to make her aware — more aware — of his erection. She fought to keep her eyes open — a distraction to the most accomplished of kissers — but found her lids kept drooping. The most revealing of tiny moans vibrated at the back of her throat.

His hand found the arch of her neck and rested there, as if he reveled in the sounds.

When he pulled back and looked at her, draped across his arm and stunned with pleasure, a peculiar expression crossed his face.

In any other man, she would have called it love. That tender quirk of pride and delight alarmed her more than any other manifestation of desire, and like a rabbit burrowing from trouble, she ducked her head into his chest.

His hand went to her cheek, and he stroked it. "Wouldn't you like to come with me and discover my secrets? I'm only a man, after all, and you might find what's between us isn't as cataclysmic as you fear."

He might be a man, but he wasn't only a man. And the cataclysm she feared shook her even now, after only a kiss. His face was a course in salesmanship, but she was steadfast. "I'm refusing you."

He stared, eyes stunned, then shot back across the bathroom as if she’d burned his fingers. With a wealth of bitterness, he accused, "You'd care for a rabid dog and destroy a lover who's had all his shots." Reaching into the shower again, he adjusted the temperature.

"I have the right to refuse you," she said, sliding off the counter.

"Yes, you do. And I have the right to take a cold shower." He walked into the shower, slapping the door shut behind him.

"Don't be foolish.” She followed and swung the frosted glass door wide. "Your clothes…"

His work-out outfit sopped up water. His sweatshirt stretched. The elastic in his pants strained under the weight. Water turned his hair black and ran in rivulets off his face. He glared. "Run away while you can, little girl."

She felt foolish and quite unlike the rational butler she knew herself to be. "You can't expect me to leave when so much is unsettled."

He gestured grandly. "Then come in. Perhaps this cold water will thaw that frozen interior."

That made her mad, as mad as he seemed to be. "I must be frigid," she mocked, stepping in and up to him. Cold water pelted her. "That's the only reason any woman could resist you."

"How true that is." He pulled his sweat shirt off and flung it through the open shower door at the mirror where it splatted water all over the glass, the sinks, the tile.

A tantrum. He was throwing a tantrum.

"Now look what you did,” she said. “I'll have to send one of the maids in to clean up the—" She turned back to face him. She faltered.

The sunshine filtering through the window flattered him. She’d seen it all before. Shouldn’t she be inoculated against the stroke of light and shadow over his skin? Shouldn’t she know that strength was merely an illusion and that her belief that he could hold her, protect her, keep her from loneliness was nothing more than a wistful fantasy? Yet her hands tingled, wanting to stroke him.

She bent down, pulled off her one wet, black leather heel and tossed it after the sweat shirt.

"Now look what you've done." He imitated her in high falsetto. "I'll have to call one of the maids to clean up."

He laughed with deliberate insolence. "God, you're a tease."

He laughed again, and she followed his gaze down to herself. Her unfastened skirt hung on the curve of her hips. Her jacket sagged about her shoulders, baring her bosom where the clinging white of a silk button-up shirt hid nothing. Her black vest framed her breasts for emphasis. Her bra was obviously unruly, for one chilled nipple thrust itself above the cup and dared him to take notice.

He burned like an oil fire with no way to extinguish it. Yet he controlled the flame with a mighty stillness, and his lips scarcely moved as he warned, "Run. Away. Now."