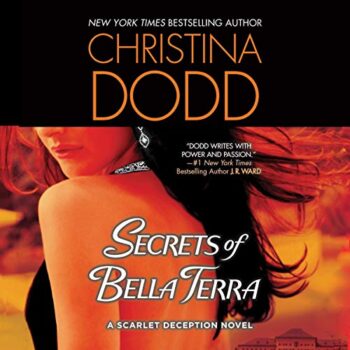 Dark, brooding, and sexy, Rafe Di Luca has returned to Bella Terra for one reason: to find out who attacked his beloved grandmother … and why. Owner of one of the world’s leading security firms, he has his prime suspect: the beautiful Brooke Petersson, manager of Bella Terra. Years ago, he and Brooke shared a powerful passion before he walked out of her life. She swore the affair was over forever, yet they find themselves drawn into an erotic web neither can escape. Now Rafe must decide if he should trust the desire Brooke ignites in him—or if seduction is her revenge…