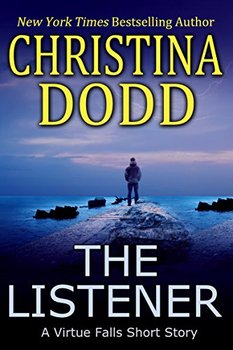 If you knew someone was going to commit a murder, what would you do?

Your Vacation Destination on the Washington Coast

At two-thirty pm on the Thursday afternoon, Coast Guard Commander Kateri Kwinault shoved open the door to the Oceanview Café, stalked inside, seated herself on a stool at the lunch counter and slapped her palm flat on the Formica surface. “I’ll take a beer.”

Rainbow finished wiping off a table, balanced the dirty dishes on one arm, and strolled over to the wall behind the counter. She dumped the dishes in one plastic pan, the silverware in another. In a tone of colorless courtesy, she said, “I’m sorry, we here at the Oceanview Café don’t have a beer license.”

Kateri slapped the counter again. “I’ll take a bourbon on the rocks.”

“I’m sorry, we here at the Oceanview Café don’t have a liquor license.”

Rainbow put her fists on her ample hips. “I’m sorry, we here at the Oceanview Café don’t have a marijuana license.”

“That I can do.” Rainbow Breezewing, waitress at the Oceanview Café and all-round Virtue Falls busybody, hustled to the coffee machine and programmed it, then before she punched go, she returned, leaned down, and looked deep into Kateri's eyes. “Real cow’s milk? Because you know what that does to your digestion.”

“Do you want to spend the afternoon being gassy?” Rainbow leaned closer.

Kateri backed up. “Fine. Soy milk. If there’s one thing I hate, it’s hanging with someone who saw me grow up.”

“You could go to the Halfway Bar.” Rainbow put the latte in front of Kateri.

“Yes, because that’s a classy place for a single woman to hang out.” And for all her joking around, Kateri didn’t drink. Native American didn’t do so hot with liquor. The results were even more dire than cow’s milk. “Besides, I’m on duty.”

“No use being the station commander if I can’t give myself some time off when I need it. I took the new kid out for a trial run up the coast.” Kateri took a sip and grimaced. “Have I mentioned I hate soy milk?”

Rainbow leaned her elbows against the counter and propped her chin in her hands. “He didn’t work out?”

“He compared the Pacific Ocean with New York harbor.”

“Precisely.” Kateri took another sip and put the cup down.

“Lt. JG Landon Adams. His uncle was a senator. His uncle got voted out, so Landon … Landlubber” — Kateri laughed, and realized she’d just found his nickname — “lost his job in the civilized world and had to come out here.”

“Bit of a culture shock?”

“He asked about the music scene.” Kateri met Rainbow's gaze straight on. “Ensign Sanchez told him the high school version of Oklahoma was quite good.”

Both women started laughing so hard Kateri had to hide her face in a napkin, and the four retired men in the corner turned indignant faces their direction.