Christina Dodd: Today we have with us Jasha and Rurik Wilder, the brothers featured in the first two books of the Darkness Chosen series by Christina Dodd (that’s me.) I’ve asked them here to talk about the 1000-year-old deal with the devil and their family’s part in it. So, which one of you men would like to start?

Rurik: Let Jasha start. He’s the oldest in the family, and he loves to hear himself talk. 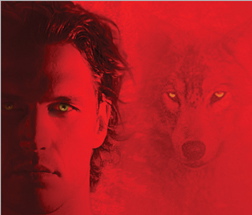 Jasha: That’s because I’m the only one who’s smart enough to walk and chew gum at the same.

Rurik: No, it’s because you’re pompous and boring.

CD: All right, I’m glad we got that settled. Jasha?

Jasha: Our ancestor, Konstantine Varinski, roamed the Russian steppes, and he was nothing more than a gangster. He beat people up for fun and profit, burned villages, threw widows and children out in the snow to freeze, and ravished maidens. He made quite a reputation for himself, and the devil recognized a great opportunity. He came to Konstantine and offered a deal — Konstantine and all his descendents would have the power to change at will into an animal predator capable of tracking their enemies, and in exchange, the devil would get their souls.

Rurik: Konstantine agreed and killed his own mother to seal the deal. 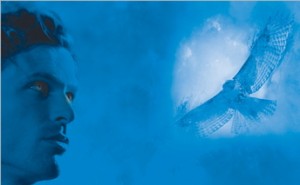 Rurik (sarcastically): Makes me proud to be his descendent. Trust me, there’s no villainy the Varinskis haven’t excelled at. Ever since the original Konstantine, they’ve been mercenaries willing to track and kill for a price. They’ve been a horrible legend, feared all over Russia. They used unwilling women and had only sons, never daughters. They never married, never fell in love.

CD: So what changed?

Jasha: My father met my mother.

Rurik: They fell in love. They are still stupid in love with each other, and they’ve been married since the earth’s crust cooled.

CD: That’s how long my husband and I have been married! And we’re stupid in love, too!

The Wilder Brothers: Congratulations! (High fives all around.)

Jasha: So my father and mother immigrated to the US, to Washington state, changed their last name to Wilder, and had us three boys one year after another.

Rurik: We have a brother. Adrik … he disappeared when he was seventeen. 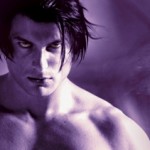 CD: I thought the family didn’t have girls. 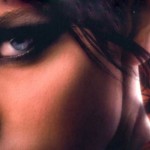 Rurik: Never in a thousand years. Firebird is our miracle.

CD: You guys are big, buff men. You’re saying you can change into an animal whenever you want? You can turn into an adorable bunny-rabbit or a fluffy little kitty-cat?

Jasha: Predators. We can only change into predators. When I decide I want to run with the pack, I turn into a wolf.

Rurik: And when I wish to soar through the skies, I become a hawk.

Jasha: Yes, but the pleasures of turning into a predator — the freedom, the sense of being better than normal people —deliver a man right into the hands of the devil. And since our mother had her vision, we have to be very, very careful not to fall prey to temptation because — don’t laugh — the Wilders have been chosen to break the deal with the devil. 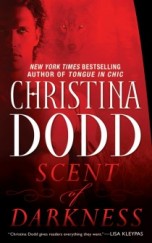 CD: Wait. Your mother had a vision? You’ve been chosen to break the deal with the devil?

Rurik: With the help of the women we love.

CD: Who are the women you love?

Rurik (scornfully): Ha! The most interesting if you want to read about some guy who needs a flea bath and eats dog treats.Jasha: You’ll have to read the books to find out. My story’s SCENT OF DARKNESS, and of course, themost interesting.

Jasha (icily): At least I don’t snack on mice. 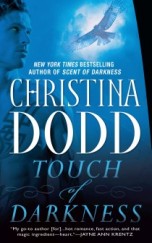 Rurik (ignoring him): My story is TOUCH OF DARKNESS, and it’s the second installment in the Darkness Chosen series.

Jasha (winking at me): We hope you’ll be bold enough to take a walk on the wild side with us and share our romantic adventures.

Rurik: (his voice deepening as he leans forward to gaze deep into my eyes): If you are, I promise you won’t regret it.

Christina Dodd: (fanning herself with forgotten interview script): So when do we leave?

Read about the Darkness Chosen legend!

Read about how the idea for Darkness Chosen was born!

And don’t forget — Aleksandr’s story, WILDER, is the last book in the Chosen Ones, Christina’s second paranormal series, and finishes the Darkness Chosen series as well.