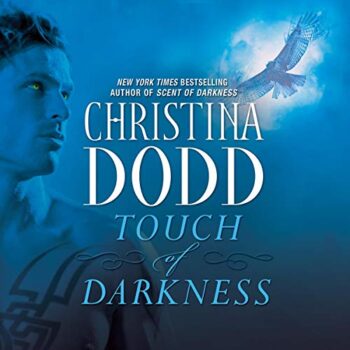 From New York Times bestselling author Christina Dodd comes the second book of Darkness Chosen, a seductive series about an ancient, dark evil that lives in the modern world…

Handsome, powerful Rurik Wilder battles darkness — the darkness without and the darkness within. He possesses the power to transform himself into a fierce bird of prey, and that gift has caused death and destruction. At last he is offered the chance to redeem himself and break the evil pact that has held his family in thrall for centuries. Only one woman stands in his way — Tasya Hunnicutt, a writer determined to wreak revenge on the assassins who murdered her family. Assassins, it’s been rumored, who have powers no human should ever possess…

“So she’s here.” Rurik would see her again, see her for the first time since that night.