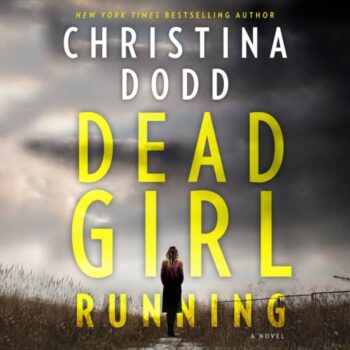 I have three confessions:
1. I’ve got the scar of a gunshot on my forehead.
2. I don’t remember an entire year of my life.
3. My name is Kellen Adams…and that’s half a lie.

Girl running…from a year she can’t remember, from a husband she prays is dead, from homelessness and fear. Tough, capable Kellen Adams takes a job as assistant manager of a remote vacation resort on the North Pacific Coast. There amid the towering storms and the lashing waves, she hopes to find sanctuary. But when she discovers a woman’s dead and mutilated body, she’s soon trying to keep her own secrets while investigating first one murder…then another.

Now every guest and employee is a suspect. Every friendly face a mask. Every kind word a lie. Kellen’s driven to defend her job, her friends and the place she’s come to call home. Yet she wonders—with the scar of a gunshot on her forehead and amnesia that leaves her unsure of her own past—could the killer be staring her in the face?

Amazon Best Book of the Month!
“Dodd is at her most wildly entertaining, wickedly witty best.”—Booklist Magazine Starred Review

The Shivering Sherlocks were in costume, enjoying the opening event of their murder mystery weekend. Laughing and talking, they clustered around the actor, Carson Lennex.

One of them was stretched out flat on the floor in front of the fireplace.

Kellen hurried over and knelt beside her. Patty. It was Patty dressed as Hercule Poirot. "Are you all right?"

Patty opened one eye. "I was just poisoned. Now they have to figure out who did it."

"Oh." Kellen settled back on her heels. "Oh. While you're dead, would you care for an appetizer?"

Patty opened both eyes. "What have you got?"

Kellen peeked inside the first box and read the labels. "Wine marinated frozen grapes, smoked salmon with capers on pumpernickel, rainbow fruit kabobs with yogurt fruit dip and, oh geeze, toast swords tipped with humus-cide." She looked seriously at Patty. "The humus-cide is made from beets. It's red." And a little gruesome considering the events of the past days, but she supposed chef was allowed a bit of whimsy.

Certainly Patty laughed. "I'll have one of each."

"Let me set up and I'll be back to you right away."

Patty caught her wrist. "Me first. I'm dead, and once those piranhas descend, I'll never get my share."

Mr. Lennex knelt on the other side of Patty and slid two couch pillows under her head. "She's right," he said to Kellen. "Better feed her now."

"I can always order up more," Kellen pointed out.

"Then you can feed me later, too." Patty rubbed her naturally expansive padding.

Mr. Lennex fetched a small square plate and a silver spoon and fork wrapped in a linen napkin.

Kellen loaded the plate and handed it to Patty, then made her way to the copper-topped dining table and created an oasis of artful mystery weekend food. The living ladies descended and as Patty predicted, they picked the trays clean.

"Egyptian scarab beetles," she called from the floor.

Tammy confided to Kellen, "Usually we buy a mystery weekend package that includes the script—who dies, who's the killer, and why, and we open the envelopes as we go. But Carson Lennex has seen us come year after year and this time he's the one passing out the clues. We're in ancient Egypt. I'm so glad. I do love a good Egyptian mystery!"

Kellen looked at their early and mid-twentieth century costumes and raised her eyebrows.

"We didn't know our setting until we got here," Debbie explained.

Candy joined them. "The great thing about having Carson in charge is we have lines to read."

From the floor they heard, "All my lines consisted of, 'Argh,' and then death."

"It was a very realistic death." Carson went into his study, came out with his Academy Award, and handed it to Patty. "And the award goes to…"

"Now she's going to give a speech," Rita said in resignation.

"Damned right I'm going to!" Patty sat up. "I've been rehearsing this my whole life!"

"Lie down," Carson instructed. "You can give a speech, but you're still dead."