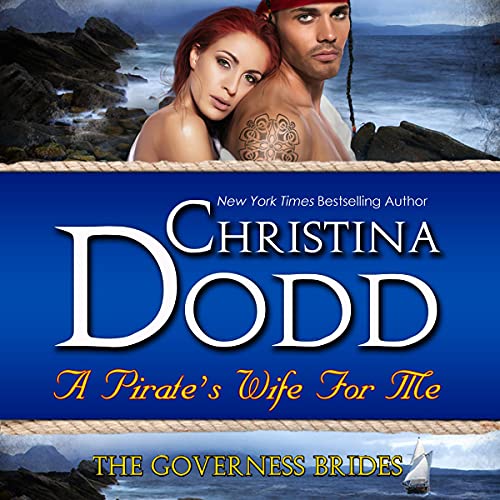 A Pirate’s Wife For Me

Once upon a time in Scotland, a headstrong noblewoman fell in love with an idealistic exile, and he loved her in return. But he was a prince in disguise and when he left, she became wild and unruly, until the day she ran away to help overthrow an evil tyrant…

On this mission, Caitlin MacLean meets her lover again. Taran Tamson is no longer a youth, but the commander of a pirate ship, a stern warrior determined to fulfill his destiny by any means…and determined to hold her at any costs.

They are united in purpose, but she has grown into a woman cold, practical and accomplished, and she has no use for love. For how can she ever again trust this harsh, ruthless man who once broke her heart?