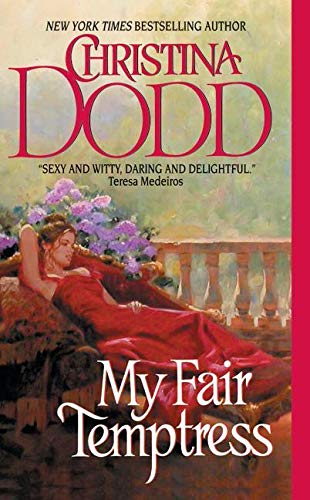 Learn to Flirt in 10 Lessons or Less!

Miss Caroline Ritter, accomplished flirt, acknowledged beauty, and ruined gentlewoman, offers lessons to any rich, noble lord too inept to attract a wife. Discard silly affectations and garish clothing! Learn the arts of witty conversation, elegant dancing, equestrian feats and irresistible seduction at the opera! With Miss Ritter’s help, any awkward nobleman can become the most sought-after aristocrat at the ball!

Send your request to the Distinguished Academy of Governesses.

Please, absolutely no devastatingly attractive men with hidden agendas such as secret missions or vengeful plots against evil villains — specifically not Jude Durant, the earl of Huntington, the most handsome, the most covert, the most dangerous of all the aristocrats in Regency London.