Have you enjoyed your leisurely summer? No work, the elves have been taking care of your yard, you’ve lolled in the hammock every day reading all the books you want?

HAHAHAHA! Me, neither. The Husband and I have been working our tails off, but — we went on vacation! 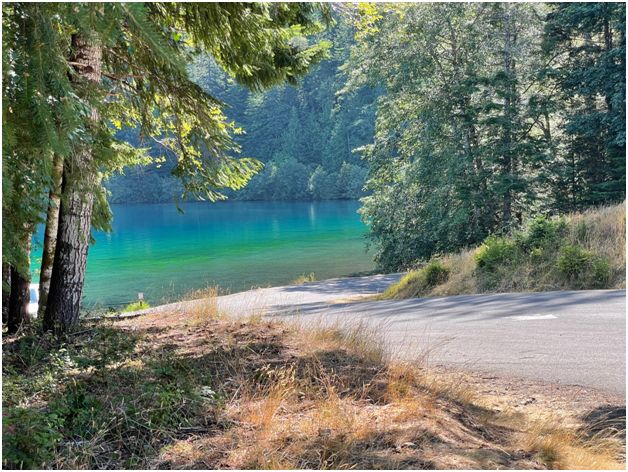 Yes, for the first time since 2019, The Husband and I took a few days and visited Washington’s Olympic Peninsula, the spectacular setting for both the Virtue Falls series and the Cape Charade series. We climbed Hurricane Hill; the trail head starts two miles above the Hurricane Ridge at elevation 5100 ft. and gains 650 ft in 1.6 miles.

Now—our own town in far NW Washington is beautiful, forested, and rises from sea level up to, well, the Cascades. With lots of area trails, The Husband and I walk/hike every chance we get. We figured the Hurricane Hill trail would be a cinch.

HA! The mountain rose straight up, we were sweating and gasping… Finally one of us clever people (him) said, “Could be the elevation.”

It also could be that he carried the VIRTUE FALLS hardcover so that when we arrived at the top, I could film a book commercial in Virtue Falls country that includes a sweep north across the Salish Sea and south across the Olympic Mountains. It was spectacular! Scroll down on the Videos/Book page to watch. Enjoy! 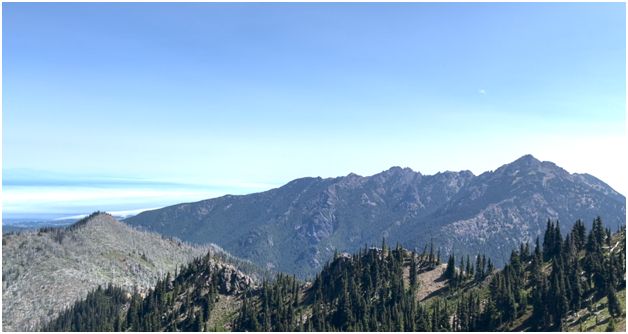 He also carried the DEAD GIRL RUNNING hardcover down to Dungeness Spit so I could film the book’s opening lines while the seabirds called and the waves slapped the shore. Yes, The Husband not only builds stone circles, treehouses and greenhouses, he also hauls books, all without complaining. Let’s give him a hand! 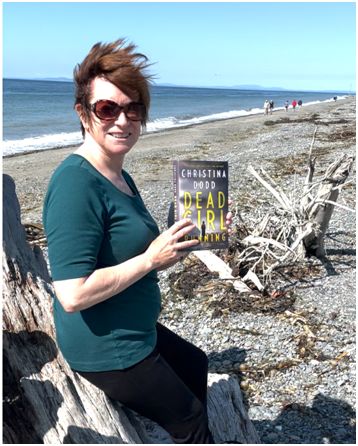 Haven’t read Virtue Falls or Cape Charade? I hope the videos inspire you to give them a try, and to help you with your decision, the short story introductions to both series are both currently 99 cents! Here’s an excerpt of Cape Charade’s HARD TO KILL:

The APC in front of them lurched along the sandy, rocky road in Kuwait. “The Army’s not all bad,” Kellen said. “You’ve got experience, you’ve got the GI Bill, you know enough now to appreciate that good time in college, and you’re going back in one piece.”

“Sorry.” She was. Stupid thing to say.

“Quick, spit out of the truck.” He gestured.

“Will that undo the jinx?”

“Unless you spit on a landmine.”

She laughed and spit, which was easier said than done, what with the dry air and the dust.

Satisfied, Hackett picked up the conversation. “I got something better than the GI Bill. I can run.”

She knew what he meant. The guy was fast; from the time he was in basic training, he had a reputation for running faster, farther, longer than the other recruits. He could sprint, yes, but on long distance runs, his long legs ate up the ground. The only time he didn’t come in first were those times when his fellow soldiers, gasping and exhausted, hooked their fingers into his belt so he could drag them across the finish line. Hackett continued, “I’m going to be the best runner in the history of college sports. I might go to the Olympics, and that’s going to give me a leg up — if you know what I mean — when it comes to sports casting. That’s what I’m going to do. Communications degree, sports casting job.”

“I do.” He turned toward her. “What about you? What are you going to do when you get out?”

“I’m in for the long haul. I’m career military.”

She looked at him sideways.

“I mean…you don’t have to…not that you’re not a damned good soldier…” He glanced around wildly, looking for an escape, stiffened, pointed and yelled, “Watch out!” — HARD TO KILL, your introduction to Kellen Adams, now on sale 99 cents! 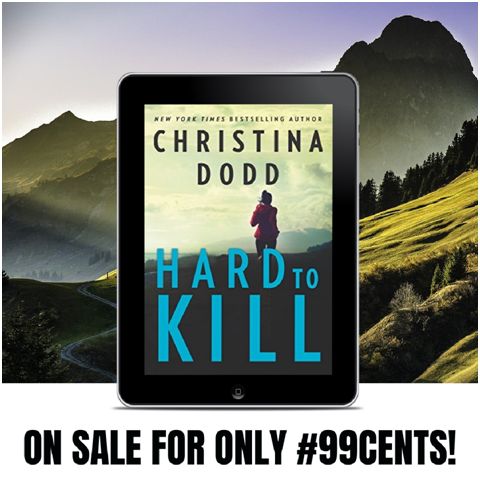 Here’s an excerpt of Virtue Falls’s THE LISTENER:

Cornelia hacked into people’s text messages. She never knew whose messages; that was part of the game. She clicked into a new conversation.

She’s not happy. Killing her would be a kindness.

That’s for sure. Dear, your loyalty does you credit, but she can’t remember anything. She has a lot of things wrong with her. Really. You just need to think of this as a kindness.

Think of the money we’ll inherit. The life insurance alone is sizeable.

Cornelia sat back in her chair.

This wasn’t a pet. Someone was going to kill his — or her — mother. And that someone’s wife — or husband — was urging the deed be done.

It’s not about the money!

I know. I know. You’re right. In the end, it’s about us. Being free to do what we want. At last! Don’t you want that?

We’ve got to stop talking about it, and just do it.

I’ve been looking up poisons. There are some good ones, organic poisons from mushrooms.

This was serious. Somebody’s mate really wanted the mother-in-law gone.

You’re way ahead of me on this.

In all her years of eavesdropping on e-emails and texts, Cornelia had never come across a murder plot. She wasn’t equipped to deal with this kind of reality. What should she do? 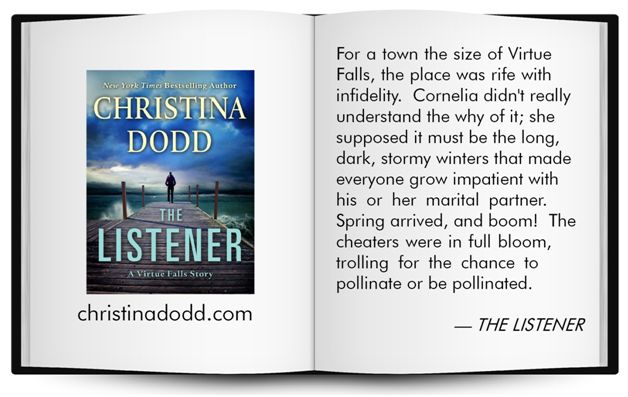 I knew I’d written THE LISTENER well when The Husband burst into the laughter at the right moment.

Now you can loll in your hammock reading books. Or, you know, after you go to work, mow the lawn, drive the kids/grandkids, grocery shop, make dinner, you can read a book. Because that’s what we do.

Do more things that make you forget to check your phone.