Taylor Summers came home to the Sawtooth Mountains, hoping that the beauty of the Idaho wilderness would 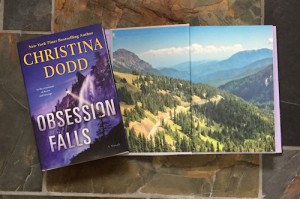 inspire her artistic muse. Unfortunately, her muse proves to be more than elusive, but while Taylor is trying to salvage what she can from her drawings, she spies two men dragging a young boy out of the trunk of a car. Before the men can follow through on their threat to kill him, Taylor quickly hatches a risky plan that she hopes will allow the kid to escape. She then flees into the forest with one of the thugs hot on her trail and, through a combination of luck and skill, manages to ditch him, at least for the time being. Having done her best to save the boy, now she must dig deep and find a way to save herself. After wowing both mystery and romance readers with Virtue Falls (2014), Dodd delivers another white-knuckle tale of romantic suspense that moves her even closer to the thriller end of the literary spectrum. The plot’s twists and turns are handled with a positively Hitchcockian touch, while the brilliantly etched characters, polished writing, and unexpected flashes of sharp humor are pure Dodd.— John Charles

In hardcover for you collectors at Barnes&Noble, Amazon, Books-a-Million & at your local bookseller,
and of course for Kindle, Nook, Kobo, GooglePlay, Apple Books.